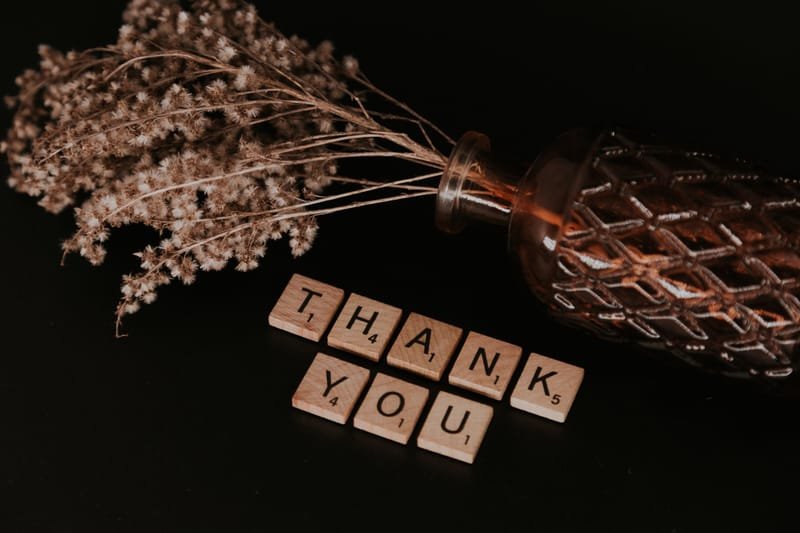 presented as a Dvar Torah at BMH-BJ Congregation on July 31, 2021

Rabbi Rachel Berenblat, also known as “The Velveteen Rabbi” in the blog world, tells the story about the week after her bat mitzvah celebration:Faced with the prospect of writing a mountain of thank-you notes. I took up my pretty, new stationery and I wrote, "Dear so-and-so, thank you for the gift, love Rachel" over and over and over. When my mother found out that I hadn't been personalizing the notes, she made me throw them all out and start again. She insisted that I say what each gift was and why I appreciated it.And that's how I learned that one must be specific in a thank-you note. "Thank you for the thing, whatever it was" will not cut it. (Not for my mother, anyway.)

And you shall eat, and you shall be satisfied, and you shall bless YHVH your God for this good land that God has given you. From this verse in our Parsha, Deut. 8:10 springs the custom of birkat hamazon, literally “blessing over nourishment” - also called bentsching. Our tradition teaches us to offer that prayer after any meal at which bread is consumed in a quantity as large as an olive. Even for a bite-sized gift, we're meant to say thank You - and to be specific in our appreciation.The traditional birkat hamazon contains four blessings: for the food, for the land, for the holy city of Jerusalem, and for God's goodness. Those blessings are adorned with an introductory psalm and a series of blessings that call God The Merciful One, plus additions for Shabbat and festivals. But, alas, our Jewish experience in America has produced another title for this litany of blessings:  Grace After MealsHow did this transpire?  After all, the word “grace” sounds a bit … outside of the space of the Jewish belief system!

Let’s start with the basic, secular understanding of the word “grace”

How about some secular expressions for Grace, for instance "Grace Under Fire"?

Grace Under Fire is also the name of an American sitcom that aired on ABC television from September 29, 1993, to February 17, 1998. The show starred Brett Butler as a single mother learning how to cope with raising her three children alone after finally divorcing her abusive husband.

Now, let us go to the sacred realm of discourse … In Christian belief Grace is the free and unmerited favor of God, as manifested in the salvation of sinners and the bestowal of blessings.  In fact, Divine grace is a theological term present in many religions. It has been defined as the divine influence which operates in humans to regenerate and sanctify, to inspire virtuous impulses, and to impart strength to endure trial and resist temptation; and as an individual virtue or excellence of divine origin.

Patricia Kasten, a Catholic journalist, records our passuk from Deuteronomy in her article Why Do We Pray Before Meals?:

Modern Jews call this the Birkat HaMazon.Following this tradition, as well as the custom of Jesus’ own meal prayers early Christians offered prayer over their own meals. Several early Church Fathers cited the need to pray before meals, both in thanksgiving and as part of the natural desire to worship God.

According to Dr. Robert Emmons, the feeling of gratitude has a transformative effect. Gratitude can be about recognizing that some of the sources of this goodness lie outside the self. One can be grateful to other people, to animals, and to the world, but not to oneself. At this stage, we recognize the goodness in our lives and who to thank for it, ie. others who made sacrifices so that we could be happy.

Scientists studying positive psychology found that a one-time act of thoughtful gratitude produced an immediate 10% increase in happiness and 35% reduction in depressive symptoms. The happy effects disappeared within three to six months which shows that gratitude is an act to be repeated again and again - just like a healthy meal!

It is my theory that whoever coined the term “Grace After Meals” meant to proposition Jews to take the idea of their Grace and put it into play after we eat our meals.  Because meals should inspire us before and after we take them.

The moral discourses of Moshe Rabbenu at the end of the Torah  implore us to cultivate an attitude of daily living that holds us to standards that are comparable in their intensity to ritual - here, grace supersedes fire; the attitude of gratitude distilled in these final installments of the Chumash challenge us to make the benevolence of spirit embodied in “grace” a greater aim than sacrifices/korbanot/standard prayer embodied in “fire”.  Hence, in addition to Grace Under Fire we can appreciate the lessons of Grace Over Fire.

This comprehensive verse found in our Portion of Ekev sheds great light on the integrity of the Jewish way:  Our task is to eat, because ours is not an ascetic tradition. To be satisfied, because that is a healthy response to consumption. And then our task is to bless, and to really feel the awareness and the gratitude and the presence, to take them personally and make them real -- no matter what words we use -- and then to act upon them in our relationships with others.

There is not better way to close this D’var Torah than by saying THANK YOU for your attention!